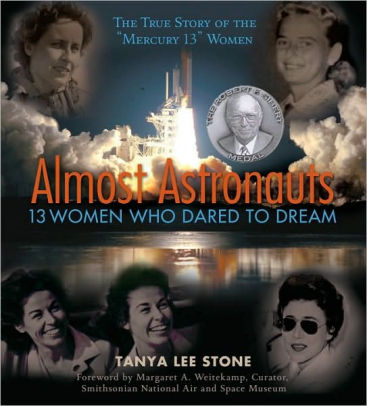 This riveting work of nonfiction chronicles the astonishing story of the Mercury 13--the group of women who should have been the first female astronauts. Never before has the whole history of the case been presented with such documentation and deliverance in a book for young people. Giving context to the women who were almost astronauts, the author writes, "It was 1961 when they took their shot at being astronauts. Back then, women weren't allowed to rent a car or take out a loan from a bank without a man's signature; they could not play on a professional sports team at all. They couldn't report the news on television or run in a city marathon or serve as police officers. They weren't allowed to fly jets, either." Despite these larger obstacles and many, many smaller hoops, a cadre of capable and determined women proved they had the "right stuff." While piloting records and stringent NASA test results showed their ideal candidacy for an astronaut training program, ultimately their efforts were thwarted. Only recently was the source of the trail of red tape tracked back to a hidden file in a presidential vault. Tanya Lee Stone's stirring work is enriched by numerous photographs and fascinating details from her extensive research. ©2009 Cooperative Children's Book Center