Abraham Lincoln & Frederick Douglass: The Story Behind an American Friendship 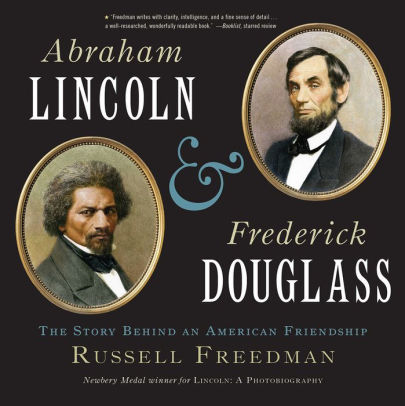 The relationship between Abraham Lincoln and Frederick Douglass was not only important to each of them but also to American history. Early alternating chapters in this narrative provide a brief biography of Lincoln and Douglass. Despite the obvious difference of one being born a slave and the other free, they had much in common, from childhoods of hard work and few materials possessions to a passion for learning. They were aware of each other before they ever met, and while mutual admiration and friendship was not instantaneous it developed with time. Freedman clearly lays out Lincoln’s personal thinking on slavery, which was not always apparent in his actions as he sought to preserve the Union, as well as Douglass’s criticism of and eventual appreciation for Lincoln as both man and president. A selected bibliography and detailed source notes are included. ©2012 Cooperative Children's Book Center