Alfred Nobel: The Man Behind the Peace Prize 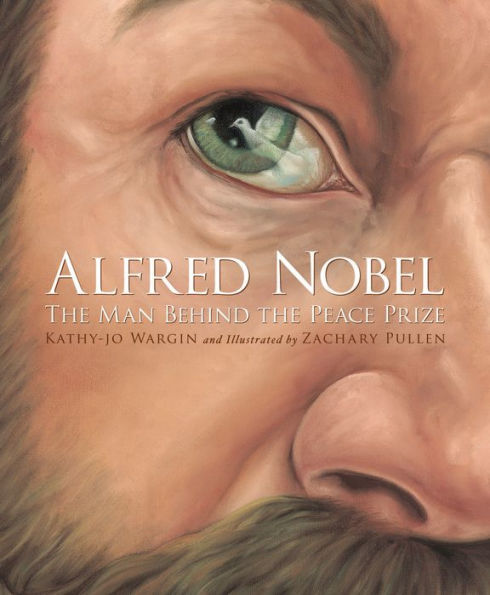 Alfred Nobel had hoped to become a writer, but instead he became famous for his search to create a means of safely igniting nitroglycerin. The eventual result was dynamite. Alfred hoped his invention would promote peace, reasoning that “if people were afraid of the harm that explosions could cause, perhaps they would settle things peacefully first.” Instead, dynamite was used by many as a weapon, and despite his nonviolent intentions, Nobel was seen by others “as a man who earned his wealth by inventing ways to injure and kill.” After his death in 1896, it was discovered that he’d designated his fortune to create annual Nobel Prizes for accomplishments in physics, chemistry, physiology or medicine, literature, and a special prize for peace. Oil paintings show Alfred Nobel in a slightly caricaturized style. The final two pages list all Nobel Peace Prize winners since the award’s inception in 1901.  ©2009 Cooperative Children's Book Center