All Our Hidden Gifts 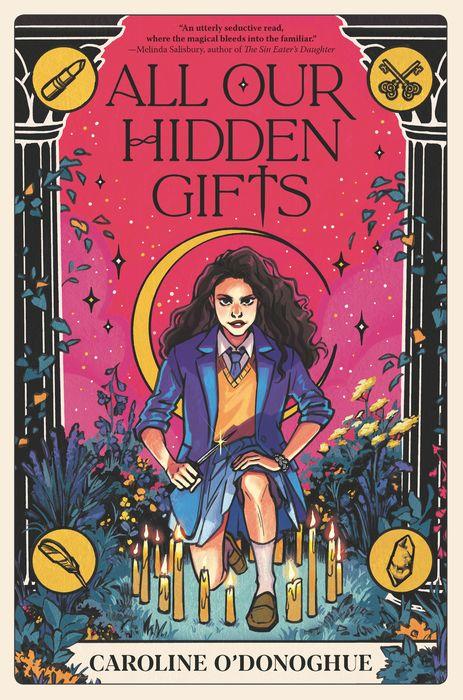 After finding an old pack of Tarot cards, Maeve Chambers, who is white, discovers she has an affinity for readings; remembering what the cards symbolize is easier than any schoolwork, and Maeve’s good at intuiting people, too. Classmate Fiona, her first customer, soon becomes a friend, something Maeve is short on since dumping former best friend Lily. But one strange card, The Housekeeper, doesn’t seem to belong in the pack. Maeve removes it, but it shows up later in a reading she does for Lily after being egged on by classmates; afterward, Lily disappears in the middle the night. Maeve is not only frightened for Lily, she’s worried Lily’s sibling, Roe, a bisexual, gender nonconforming musician with whom she’d been getting close, will find out how mean she was to their sister the year before. Meanwhile, a group in town called the Children of Brigid, with a charismatic and manipulative leader in handsome Aaron, is encouraging young followers to protest “the sin of homosexuality.” It turns out Aaron, like Maeve, is a sensitive, but his is a negative energy somehow connected to The Housekeeper. With Roe and Fiona’s help, Maeve is determined to figure things out, bring Lily back, and rid her city of the Aaron and the Children of Brigid. The melding of magic and the occult with societal issues is brilliantly executed in this captivating novel with its complicated characters and a smart, sometime snarky teen voice. ©2022 Cooperative Children’s Book Center