Another Book about Design: Complicated Doesn't Make It Bad 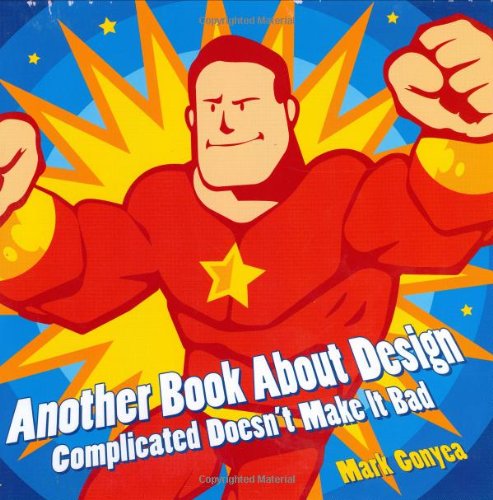 Mark Gonyea’s second design book doesn’t contradict his first offering, Complicated Doesn’t Make It Good (Henry Holt, 2005), despite what the title may suggest. Instead, he complements his prior volume with additional information on elements of design. Gonyea’s emphasis is once again on showing rather than telling, so he keeps words to a minimum as he offers striking visual examples of concepts such as foreground and background (Chapter 2: Down in Front!), negative space (Chapter 4: Two for the Price of One), and the spatial relationship of design elements (Chapter 5: Don’t Stand So Close to Me). As the chapters progress, he offers everything needed to deconstruct his seemingly complicated final image (which also appears in part on the cover) into understandable components that are thoughtfully combined to create a complex whole. ©2007 Cooperative Children's Book Center