Black Birds in the Sky: The Story and Legacy of the 1921 Tulsa Race Massacre 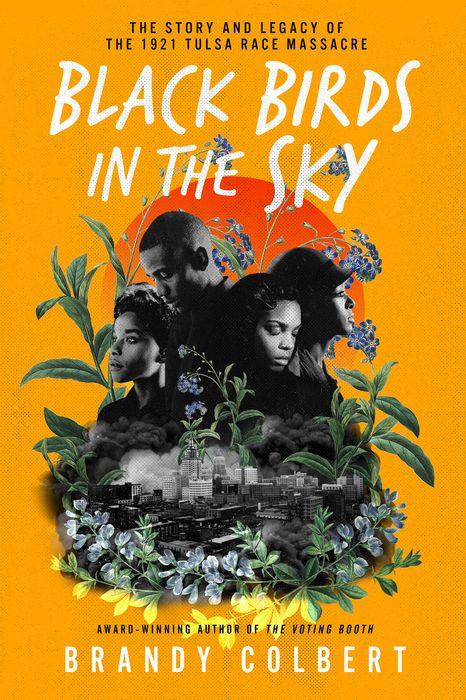 This substantial work about the 1921 Tulsa Race Massacre begins with an overview of the history of human settlement in Oklahoma and an examination of race and racism in later 19th- and early 20th-century America. It goes on to describe the development of the thriving African American Greenwood neighborhood, which included many Black professionals and tradespeople, in Tulsa, along with the accompanying undercurrent of tension and resentment among whites. The terrible events of May 31 and June 1, 1921, began when a young Black man was accused of assaulting a young white woman in an elevator; he was seen fleeing after she screamed. (Much later police determined he likely tripped getting in and grabbed her arm for support.) His arrest, the determination of the Black community to prevent his lynching, and the white community’s anger fueled by a local newspaper led to riots that killed hundreds of African Americans, saw the Greenwood neighborhood burned and destroyed, and left thousands homeless. A final chapter looks at the aftermath of the massacre, including ongoing investigations into what happened as well as reconciliation efforts. The author’s afterword looks at events in 2020 that underscore the ongoing racism in our nation and her belief in the importance of knowing our history. Detailed and intensive research, documented in the end matter, went into this compelling work. ©2022 Cooperative Children’s Book Center