All That Trash: The Story of the 1987 Garbage Barge and Our Problem with Stuff 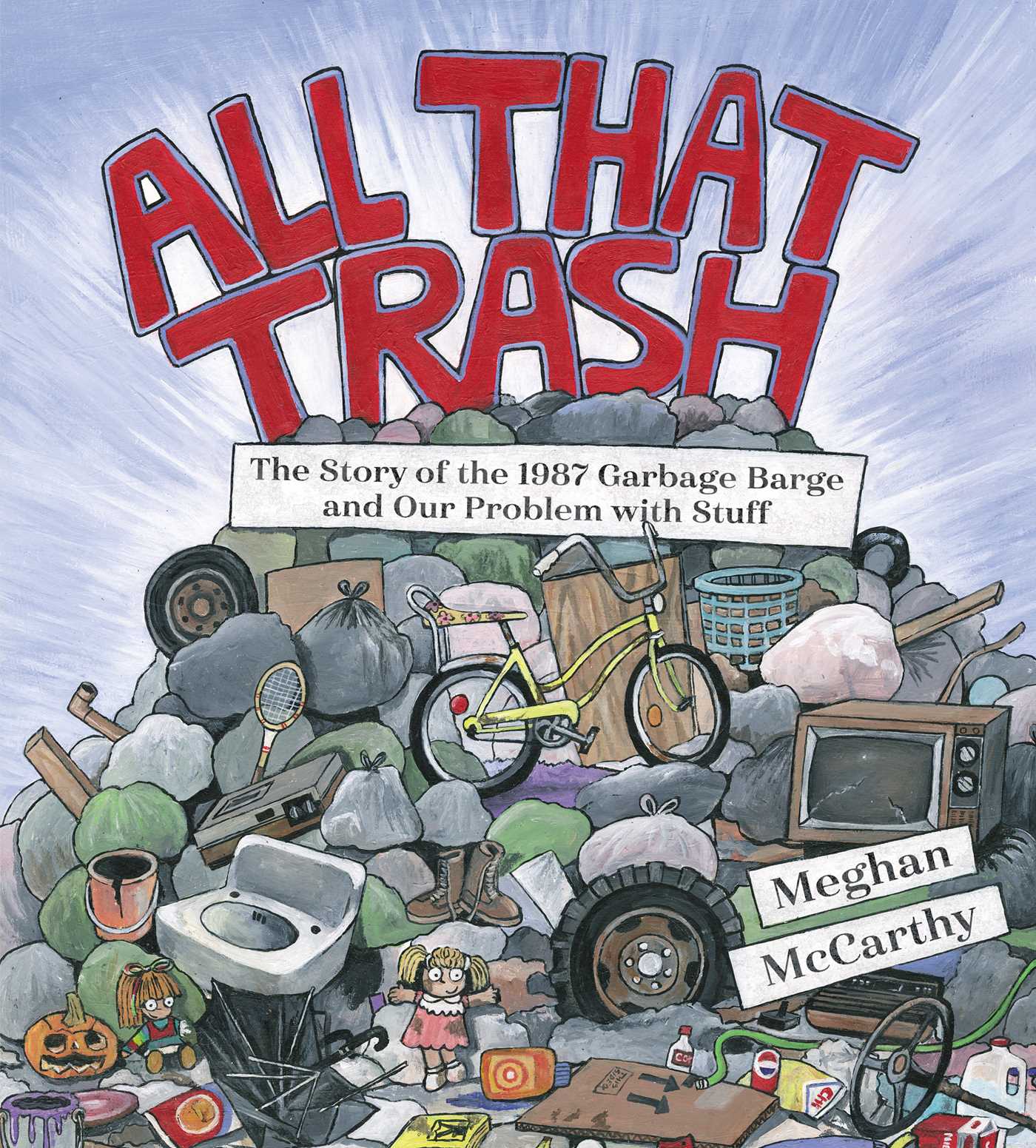 Surely one of the most bizarre news stories of 1987 followed the travails of the Break of Dawn, a barge carrying 3,186 tons of garbage when it left New York City headed for North Carolina. A man named Lowell Harrison planned on harnessing the methane resulting from the garbage’s decomposition for energy. But North Carolina didn’t want New York’s garbage. Neither did Alabama, Mississippi, Louisiana, Florida, or Mexico, Belize, or the Bahamas. Heading back to where it started, the barge was caught in a court battle while it floated between New York and New Jersey. Finally, after five months and 6,000 miles at sea (with a captain who thought he was setting out for a one-week job), a judge ordered the garbage burned. McCarthy’s slightly quirky illustrations are perfectly suited to this absurd yet true story; while her engaging, thoroughly researched and well-documented narrative skillfully mines facts while letting the drama and moments of humor feel organic to the story. Terrific end matter includes a brief photo essay and facts about the barge and environmental issues related to garbage and recycling along with a source bibliography. ©2019 Cooperative Children’s Book Center