Are You Seeing Me? 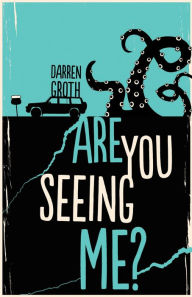 Alternating perspectives of 19-year-old twins Justine and Perry chronicle their trip to Vancouver, B.C. Perry has autism (deduced through what is shown; never stated) and recently made the decision to move to a residential program back home in Brisbane—something their dad arranged as an option before dying of cancer. Justine doesn’t want Perry to leave home. She’s told him they’re in Vancouver because of his interest in seismology and sea monsters—the surrounding area is ripe for exploring both. But she also plans on meeting the mother who abandoned the two of them years before. A third voice in the narrative is their father, in the journal he wrote for Justine from the time she was born. Wholly devoted to both his kids, he wanted to make sure Justine would not forego her own dreams for Perry. Perry loves of all things Jackie Chan and he sometimes imagines fantasy scenarios in which he is Jackie. Justine, who loves literature, has dreams in which the stress of her life plays out as scenes based on Robinson Crusoe. These two who are so close are also at odds as Justine in particular can’t imagine a future in which her brother is not at the center of her life. Although she’s finding Perry can surprise her, she can’t yet see that Perry is ready and capable of making his own choice in this story with two singular, wonderfully revealed characters. ©2015 Cooperative Children's Book Center