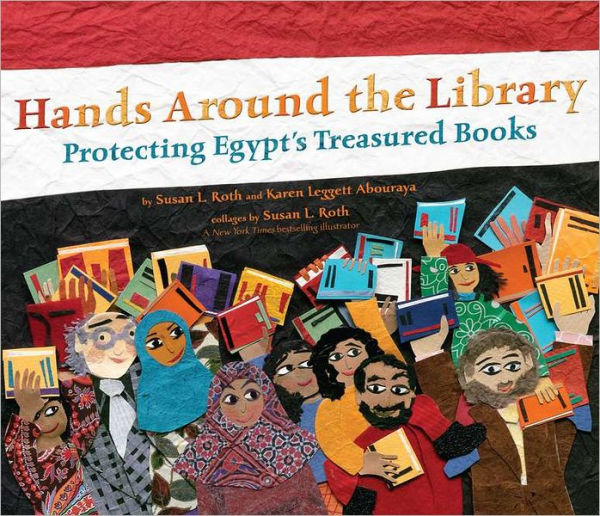 “Once upon a time, not a long time ago, many people in Egypt were sad and sometimes angry because they were not free to speak or vote as they wished, or gather in groups. They knew about freedom, but only from books, or the Internet, or whispering inside these safe walls of our Alexandria Library.” A true story straight out of the Arab Spring describes the growing movement for democracy in Egypt early in 2011, and one particular event, on January 25, 2011. Some protests in Cairo had turned violent, and when a large crowd marched on the Alexandria Library, library director Ismail Serageldin spoke from the steps, saying only the will of the people could keep the library safe. And it did. One by one, individuals among the group of marchers broke from the crowd and joined Serageldin on the steps, eventually forming a human chain around the library. A moving story that makes a powerful statement for freedom, and for libraries as a place of free expression, is illustrated with beautiful collages and ends with a photo montage showing some of what happened that day. End matter provides more on the Alexandria Library—both ancient and modern—and on the January 25, 2011, Revolution ©2012 Cooperative Children's Book Center

Susan L. Roth was born in New York state and spent part of her childhood in Madison. She currently lives in New York.