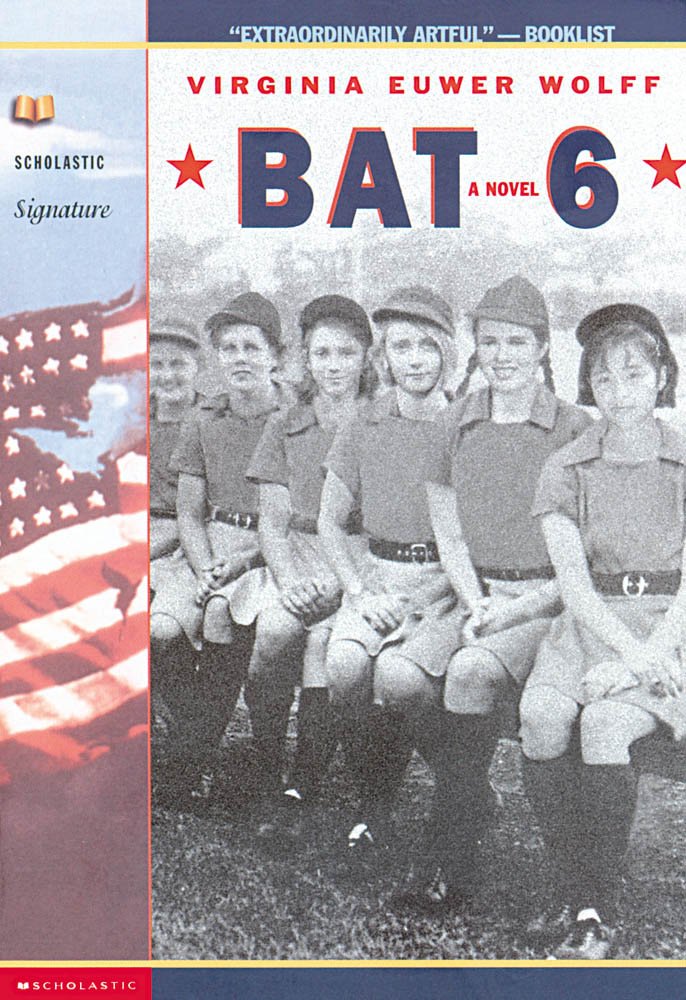 Effective use of multiple perspectives serves both to tell the story and tie theme into structure of this unusual and provocative novel set in 1949. The annual softball game each May between the sixth grade girls of Barlow and Bear Creek Ridge is the biggest event of the year in the two communities. But that year, 1949, something terrible happens during the game, and as the novel begins the girls from both teams have agreed to each tell their own parts of a story that stretches back to the start of the school year and farther in order to try to make sense of what happened. Each of the teams had a new player at the start of the school year. In Bear Creek Ridge, it is Aki, whose family has just returned to the community after years away, most of them spent in a Japanese American internment camp. The new player in Barlow is Shazam, an odd, out-of-synch girl who, it turns out, has been shuttled from place to place ever since her father was killed in the Japanese bombing of Pearl Harbor. The players on the two teams number more than 20, and Virigina Euwer Wolff has made them each part of a narrative in which the whole transcends the individual voice as the girls piece together why Shazam viciously attacked Aki at the game. In addition to exploring issues of race and prejudice, the narrative portrays the barriers between rich and poor among the many girls as well. There is a roster for each team at the beginning of the book and each speaker is clearly identified, but some readers may find it difficult to distinguish characters throughout. What readers may discover as the narrative progresses, however, is that it doesn't really matter. They are all part of a larger community that is woven out of the truth of their collective voice. ©1998 Cooperative Children's Book Center