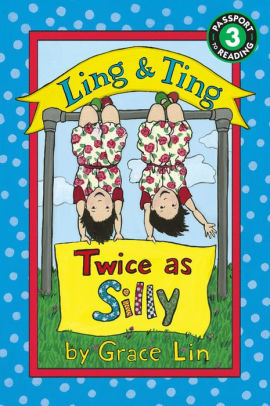 Almost identical in appearance, twins Ling and Ting have far from identical personalities as fans of this series that began with Ling & Ting: Not Exactly the Same (Little, Brown, 2010) know. But both girls excel at being silly, as the stories in this third offering about the Chinese American sisters show. Wordplay is at the root of the humor in some chapters, as when Ting gives up on her idea for a cupcake garden and decides to plant jelly beans instead (because beans are seeds). When Ling announces she can swing higher than a tree, even one that is taller than a building, taller than a mountain, and higher than the clouds, Ting is skeptical until Ling points out that “Trees can’t swing.” The six chapters conclude with Ling and Ting making up a story that is “very, very silly,” and that also brings the volume full circle as they imagine a cupcake tree. ©2014 Cooperative Children's Book Center