Call Me American: The Extraordinary True Story of a Young Somali Immigrant

by Abdi Nor Iftin, Max Alexander 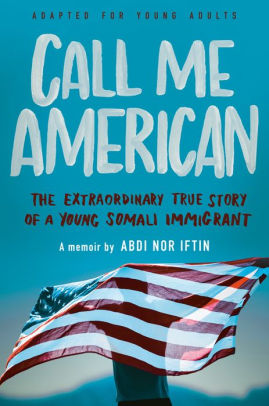 Abdi’s family, of Somalia’s Rahanweyn clan, lived a content, nomadic life before a drought in the 1970s forced his parents to the city of Mogadishu. When Abdi was six, a short war with Ethiopia followed by a tribal civil war brought utter devastation. Abdi’s infant sister died of starvation, while Abdi spent his childhood days looking for ways to earn money to buy food for his family. He hated school, where he was beaten if he failed to memorize passages of the Quran, and loved American movies—watched at night on a neighbor’s tiny tv. His love for Black American culture and music earned him the nickname “Abdi American.” As a young adult he met an American journalist and began recording a “diary” for an NPR program. This led to an American woman organizing “Team Abdi” to help him fulfill his dream of immigrating to the United States. Still, it took years, incredible determination, and luck to finally get a U.S. visa. In Maine, living with his generous sponsor, life was better but not easy; Abdi faced racism that he likened to the tribalism of Somalia. Abdi’s compelling account is an incredibly balanced perspective —he never makes sweeping generalizations about anyone or anything—in a memoir revealing how difficult it can be to enter the United States. ©2021 Cooperative Children’s Book Center