The War to End All Wars: World War I 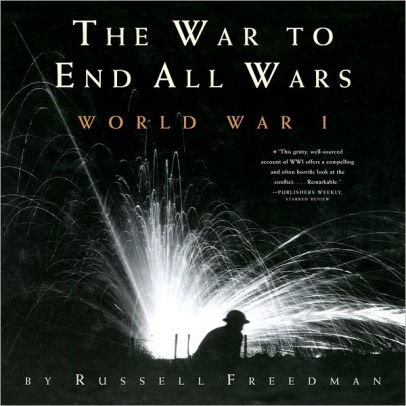 From the political tensions that preceded World War I to the assassination that sparked it to the Treaty of Versailles that defined the terms of peace in its aftermath (and set the stage for World War II), Russell Freeman provides a comprehensive look at the “War to End All Wars.” Brief accounts of the experiences of individual soldiers from various nations on both sides of the conflict bring important personal perspectives to a narrative that gives a sense of the fear, misery, and drudgery that were part of being a soldier in the trenches and on the battlefield of this war that extracted a horrifying human toll. Freedman also looks at the war’s impact on the people and the landscape of towns, villages and other contested areas that formed the war’s front lines. The weapons of warfare, as well as the politics and propaganda of war, are also part of this astute account illustrated with black-and-white photographs. Source notes, a bibliography, and an index round out the volume. ©2010 Cooperative Children's Book Center