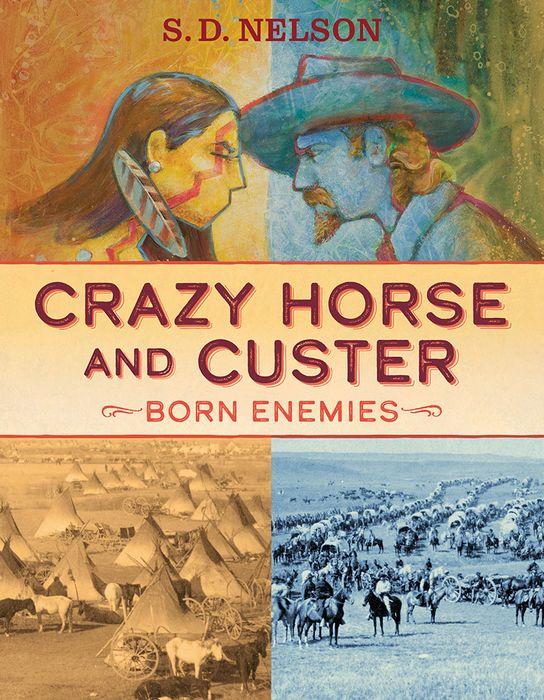 An intriguing, often unsettling look at the lives of Crazy Horse (Tasunke Witco) and George Custer from their childhoods to their encounter at what the Lakota called the Battle of the Greasy Grass and the U.S. government called the Battle of Little Bighorn. By adulthood, both were headstrong, ambitious men who loved horses and warfare, were fearless against the odds, and were natural leaders who inspired some and repelled others. Each excelled within the context of their own culture, motivated by how that culture and their experiences shaped their outlook. The Lakota saw the white settlers as intruders and wasichus (“greedy ones”). Crazy Horse fought to retain their independence, and fought back against the efforts to destroy them. Custer was a soldier raised in the context of Manifest Destiny to believe in the superiority of white people and their “right” to claim whatever they wanted in America for themselves. This well-documented history includes quotes from Kate Bighead, an Oglala Lakota girl who witnessed events leading up to the legendary battle in which Custer died. A little more than a year later, Crazy Horse surrendered because his people were starving. He was killed while in custody. The illustrations are a combination of photographs, contemporaneous paintings and drawings, and Nelson’s own drawings, inspired by Lakota Ledger art. A fascinating author’s note recounts his family history as a descendant of a Lakota woman who married a man who had served as a foot soldier in Custer’s regiment. ©2022 Cooperative Children’s Book Center