Carlos Santana: Sound of the Heart, Song of the World 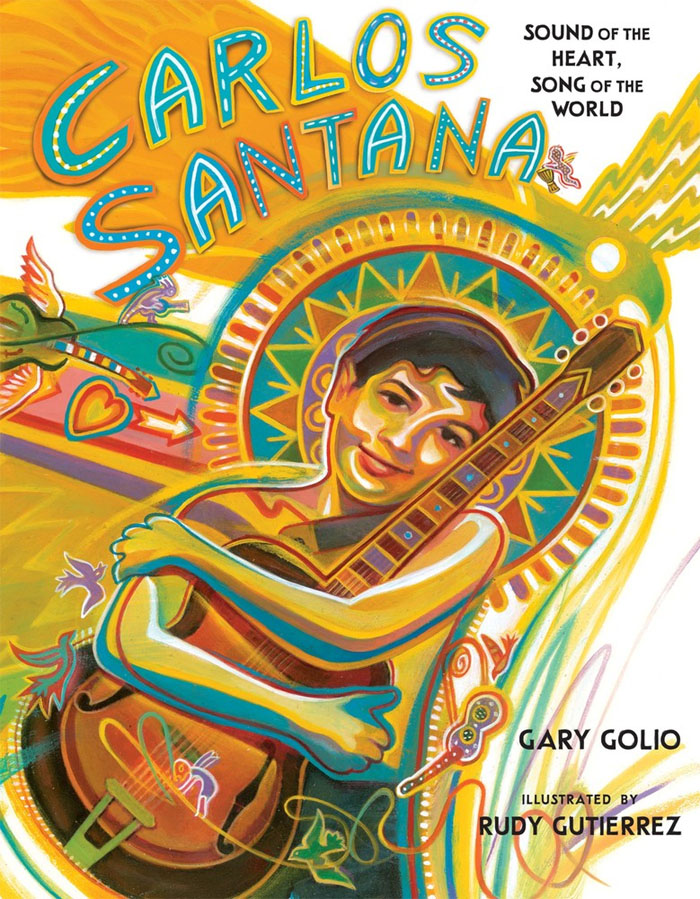 Carlos Santana was raised steeped in music. His father played violin for a living and taught his son to do the same. But the instrument didn’t speak to young Carlos. Neither did playing the same mariachi songs over and over for tourists. Carlos longed to play an electric guitar and the blues music he’d heard on the radio from artists like Muddy Waters and B.B. King. And eventually he would, going on to craft his own unique sound after moving to the United States. It was a sound that blended his Mexican roots with American tradition: “a new flavor of rock and roll, charged with Latin passion and the raw honesty of American blues.” Dazzling mixed media illustrations full of color and a sweeping sense of movement accompany a narrative focused on Santana’s feelings about music, and his relationship to his father around music, as a child. An informative author’s note, a personal note from the illustrator sharing his connection with Santana’s music, glossary, and sources conclude the volume. ©2019 Cooperative Children’s Book Center