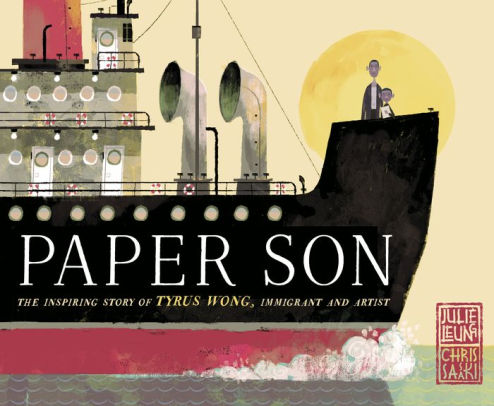 Geng Yeo came to the United States at age nine, a “paper son” passing, along with his father, as upper class Chinese, having memorized false histories to get around strict, racist U.S. immigration laws. Even as a child he loved making art and he grew up to be an animator at Disney. First limited to drawing the “in between” frames for Disney’s animated films—a lot of work for no recognition—when Bambi was in development, he showed how his spare style could be used to create a lush sense of landscape. Despite designing the visual look for the movie as an inspired sketch artist, he was only credited in the film as a background artist. His final years spent making beautiful kites offer a satisfying conclusion to this little known but important man’s life. ©2020 Cooperative Children’s Book Center