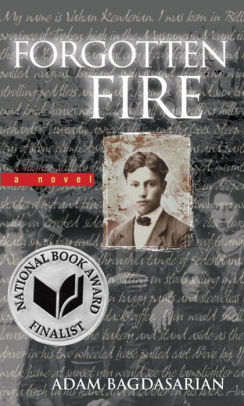 Adam Bagdasarian's debut novel was inspired by the experiences of his great uncle, who lived through the Armenian genocide in Turkey in 1915. Vahan Kenderian is 12 years old as the story opens. He describes his life, as the son of an influential Armenian family, as comfortable to the point of luxury. But early in 1915, everything changes. The Turkish government begins to arrest Armenians, Vahan's father and uncles among them. When one of his uncles returns, haggard, gaunt, and beaten, he has small bags of poison for Vahan's mother and sisters in "case there is any trouble." "I did not know when I opened my eyes the next morning that it was the last day of my childhood," says Vahan. That is the day the gendarmes execute two of Vahan's older brothers before the family's eyes. The rest are arrested and detained in a small room with dozens of other Armenians. Vahan manages to escape with his remaining brother when they are being marched to a new location. His brother soon dies, and Vahan is alone, surviving by wit, luck, and the occasional assistance of a sympathetic Turk. He relates his experiences in the voice of a child betrayed, confused, but determined to survive. Bagdasarian writes with haunting realism, describing brutality in painfully beautiful prose. A chilling epigraph underscores the importance of knowing and remembering this and all other holocausts: "Who does now remember the Armenians?"--Adolph Hitler, 1939. ©2000 Cooperative Children's Book Center