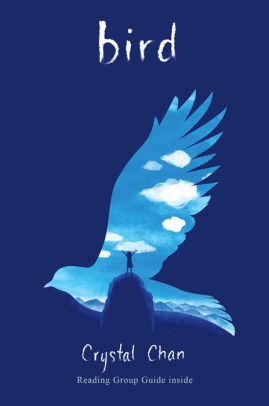 Twelve-year-old Jewel is a mixed-race (Black Jamaican/Mexican American/white) girl living in Iowa with her parents and Grandpa. Jewel’s older brother John, known as Bird, died on the day she was born. He tried to fly off the nearby cliff and her Grandpa, who gave the little boy his nickname, hasn’t spoken since. Jewel, smart, sad, and lonely, finds great comfort near the cliff, although her parents don’t know she goes there. Her loneliness eases when she meets John, who wants to be an astronaut and knows about the stars. A Black child adopted into a white family, he’s staying with his nearby uncle. Jewel’s Grandpa doesn’t need to speak to make it clear he thinks John is a duppy, a dangerous spirit like the one Jewel’s dad believes lured Bird off the cliff. Her mother, on the other hand, brightens around John — Jewel rarely has seen her so happy. Then they find out John is really named Eugene. Jewel wants to believe it’s just a coincidence he was using her brother’s name. But it was an ill-conceived joke, one that he has grown to regret, and one that lays bare the pain and anger in Jewel’s family surrounding her brother’s death. Themes of grief, loss, family, friendship, religion, and spirituality, all are deftly woven into a poetic, insightful, deeply moving novel. ©2014 Cooperative Children's Book Center