Alfie Is Not Afraid 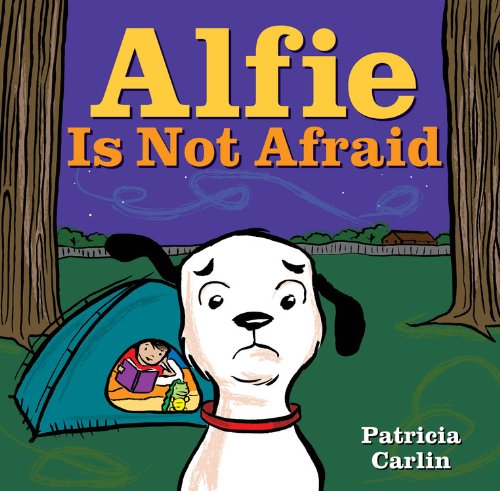 Fortunately for the boy preparing for a backyard campout, he’s accompanied by his dog Alfie, who isn’t afraid of anything. As the duo gathers supplies, pitches the tent, and crawls into a sleeping bag while night falls, the boy lists the many things that Alfie isn’t afraid of: army ants, grizzly bears, falling asteroids, even alien invasions. Upon hearing each additional potential threat, little Alfie visibly becomes increasingly terrified, until finally he flees into the house, soon to be joined by his owner who realizes he’s lost his brave companion. This humorous contradiction of text and illustrations effectively encloses Alfie’s vividly imagined disasters in bubbles, while the rest of the illustration shows readers what’s actually happening. ©2012 Cooperative Children's Book Center