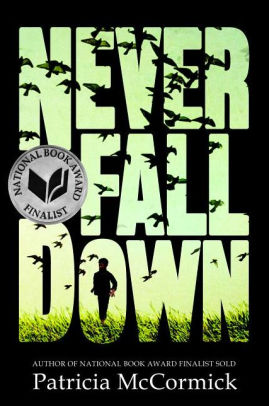 Human rights activist Arn Chorn-Pond was eleven when the Khmer Rouge took over in Cambodia. In a labor camp, the Khmer taught Arn to play music—”patriotic” songs they wanted people to know (traditional music was outlawed). He and other boys are forced to play to cover up the sounds of brutal killings, and sometimes must help bury the bodies. Arn finds solace where he can—a friend, a protective mentor—and others use him for their own comfort. He eventually joins with the Khmer to fight against the Vietnamese, who they’ve been taught to fear. He ends up in a Thai refugee camp. There, and later as an adopted teen in America, these experiences haunt Arn—a dark secret he’s afraid to reveal. This fictionalized account of Arn Chorn-Pond’s life ends with the symbolic start of his career as a human rights activist, describing the first time he talked about what happened to him in Cambodia and let his emotions be part of the telling. An afterword discusses what happened to Arn’s family and others he knew, and Arn’s work as a traditional musician and as a human rights activist who believes in the power of forgiveness. The spare, haunting first-person story is written to capture what author Patricia McCormick describes as Arn’s own “distinct and beautiful voice.” ©2012 Cooperative Children's Book Center