Because It Is My Blood 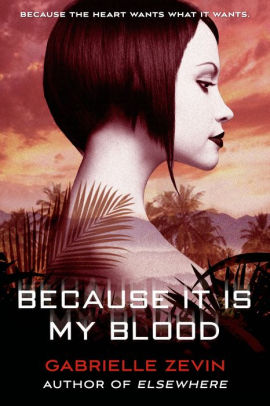 Anya Balanchine is out of juvenile detention and wants to get her life back to normal and finish out her senior year of high school. But there’s no escaping her heritage as the future leader of the Balanchine chocolate mafia, much as she wishes she could. Assassination attempts, family secrets and scandals, conspiracies and corruption all make it impossible for Anya to stay in New York, so she escapes to Mexico to learn about cacao production among longtime family allies. When she finally returns to the city, it’s with a new understanding of the process and a new resolve to change the way the Balanchines do business. Set in the latter part of the twenty-first century, Gabrielle Zevin’s saga, which began with All These Things I’ve Done (Farrar Straus Giroux, 2011), casts Anya as a smart, sympathetic anti-hero. Confined by the illegalization of chocolate that transformed a once respectable family business into an international crime syndicate, she now seeks new alliances in the hope of turning things around. All of which seriously complicates Anya’s romance with Win, son of the New York City district attorney. Zevin skillfully manages the action and the intensity of feeling in a unique and compelling story populated by fascinating characters, and that promises to be continued. ©2012 Cooperative Children's Book Center