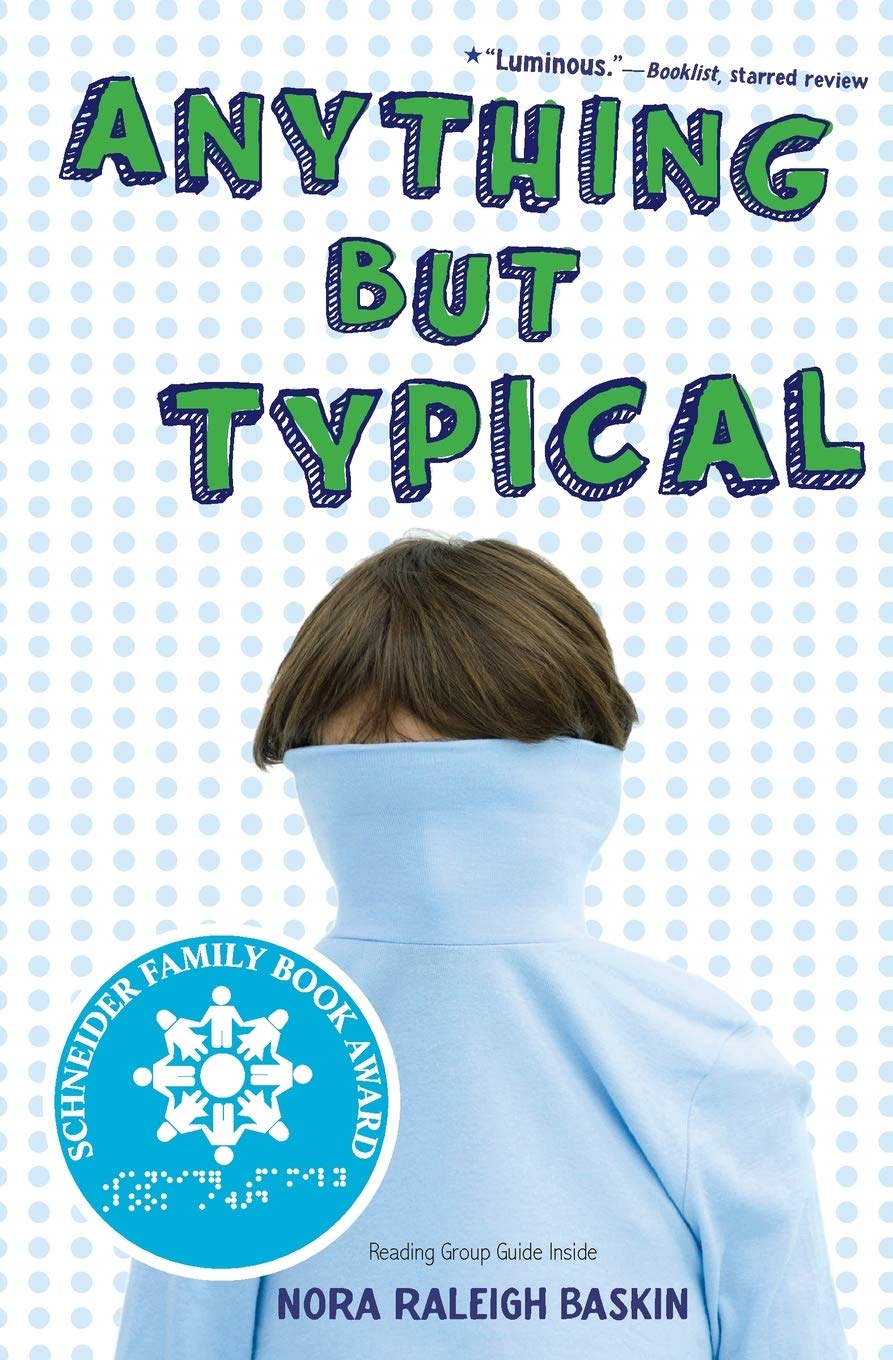 Writing is both theme and canvas in this novel from the perspective of Jason Blake, a twelve-year-old boy with autism. Jason is fascinated by the craft of writing and has made an online friend on a site called Storyboard. Rebecca is a fan of the stories he posts, and they regularly chat on the site. When it turns out that both of them will be attending a Storyboard convention (something Jason’s well-meaning but missed-the–mark parents have given him as a gift), Jason dreads the possibility of meeting her face to face: Rebecca doesn’t know he has autism, but the behaviors that mark him as different will be obvious if she meets him in person. In a book that emphasizes Jason’s ability, Nora Raleigh Baskin vividly depicts his way of being in the world—including how peers and others perceive him, as well as the sense of calm and grounding he feels when pursuing his passion. Baskin also creates an intriguing and often playful interplay between what Jason says about the art and craft of writing and how this plays out in the narrative he is telling about his own life. This satisfying and eye-opening novel reveals one possible way a child with autism might think and express himself. ©2009 Cooperative Children's Book Center