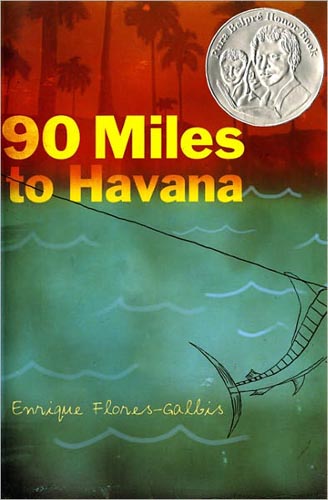 After Julian and his older brothers are sent to the United States by their parents as part of the Pedro Pan airlift early in the Cuban Revolution, they end up in a Miami refugee camp where a teen named Caballo bullies the other kids with threats of violence. Julian’s brothers end up transferred to an orphanage in Denver, leaving Julian to deal with Caballo and other challenges on his own. Even as he misses his family, part of Julian welcomes the new sense of independence after being treated like a helpless child for years. Running away from the camp to avoid his own trip to an orphanage, Julian is sheltered by Tomás, a young man planning to help fourteen people escape Havana by boat. When Tomás’s well-organized mission starts to unravel, Julian steps in and ends up playing a critical role in the tense rescue. Enrico Flores-Galbis relates vivid details of life in Cuba, in the camp, and on the streets of Miami in Julian’s believable voice. The author also shows how things for Julian’s family are untenable under the revolutionary government, even while acknowledging a different perspective through a conversation Julian has with Bebo, his family’s long-time servant, before leaving Cuba. The older man who’s never had a formal education welcomes the previously unattainable opportunities that the change in their country offers people like him. ©2010 Cooperative Children's Book Center