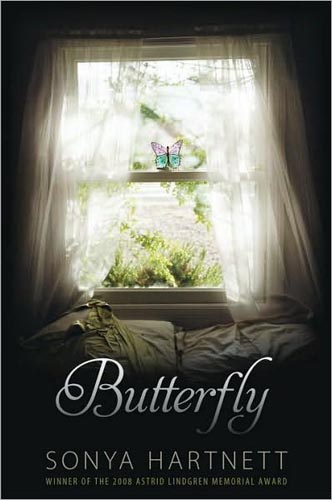 Plum is at the worst possible moment of adolescence, despising things about herself, her friends, her family, and her life. Her so-called friends tolerate her at their fringe, and Plum puts up with some of their abuse and humiliation in the hope of being accepted, only to sabotage any chance she might have with her own desperation. Her achingly real need for acceptance finds affirmation in Maureen, the married woman living next door. Maureen understands Plum’s desire to be a new person, more grown up and sophisticated, and offers Plum seemingly sincere advice and much-needed friendship. Meanwhile, Plum is unaware that Maureen is having an affair with her older brother, Justin, let alone that Justin wants to break it off. Sonya Hartnett brings her immense talent to this coming of age novel that juxtaposes several storylines as it offers up a painful look at self-loathing, and also offers breakthrough moments of clarity and hope. Plum’s yearning to belong—in her family, among her friends—is profound. Maureen’s desperation is unsettling. And both of Plum’s brothers love her but aren’t sure how to help her, let alone themselves. Hartnett shows her wonderfully drawn characters from more than one perspective, leaving readers to contemplate the motives and complexities of individuals and relationships in this masterful novel that ends with a suspenseful and disturbing final scene but also the sense that Plum, at least, will be alright. ©2010 Cooperative Children's Book Center