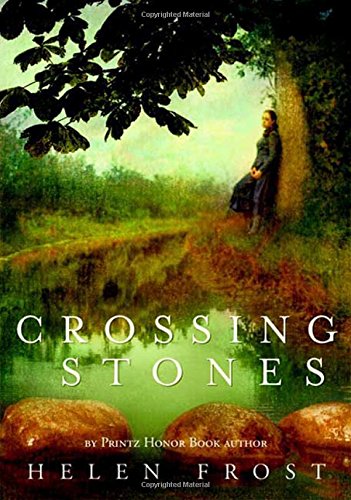 The tragedy of war, women’s lack of a political voice, and the oppression of censorship are all explored in an intricately crafted novel set when the United States is entering World War I and the fight for women’s suffrage is escalating. The story unfolds through three alternating voices: Outspoken Muriel is just finishing high school and finds it hard to silence her political opinions; Emma, Muriel’s best friend, is less radical in her thinking but feels the war’s impact more directly at first when her brother heads overseas to fight; Ollie, Muriel’s brother, is too young to enlist but eventually lies about his age to join the war effort. Letters from overseas arrive home blackened by the censor’s pen. Meanwhile, Muriel and Ollie’s Aunt Vera is picketing the White House to demand the vote for women. She is jailed and goes on a hunger strike, but the truth about these events, too, is veiled by government misinformation and censorship. Helen Frost covers a lot of territory with great depth in this exceptional work full of richly developed, complex characters. Each one is struggling with personal choices that are complicated by the times in which they live. The poems in Muriel’s voice have the appearance of a flowing river, while those in Emma’s and Ollie’s voices are the “crossing stones”: interconnected “cupped-hand” sonnets. Frost includes notes on the form she developed to tell this deeply rewarding story. ©2009 Cooperative Children's Book Center