Across America on an Emigrant Train 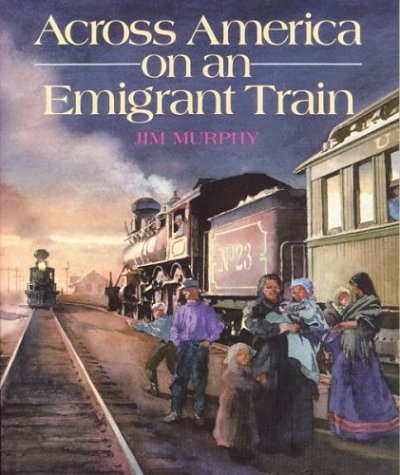 In 1879, before he wrote Treaure Island, Kidnapped, or A Child's Garden of Verses, Robert Louis Stevenson journeyed from his native Scotland across the Atlantic Ocean and the vast continent of North America to San Francisco, so he could be with the woman he loved. Distance alone made it a trip of epic proportions, yet similar journeys were being made all the time by thousands who sought out America's shores and crossed its prairies and mountains in the hopes of starting new lives. Because he had little money, Stevenson traveled as they traveled - on trains packed with tired, hungry, hopeful people - rumbling west in stops and starts. This fascinating documentary of westward expansion, the transcontinental railroad and the diverse groups of people who came to this land, follows Stevenson on his journey west. Passages from his journal are interspersed throughout the text, providing thoughtful, illuminating commentary on the things he experienced and saw, from the disgraceful treatment of American Indians by settlers and emigrants alike, to the disgraceful treatment of the emigrants themselves by the railroads and others at whose mercy they were kept. The text is enhanced by dozens of black and white photographs and drawings, many from the records of state and local historical societies, including some in Wisconsin. ©1993 Cooperative Children's Book Center