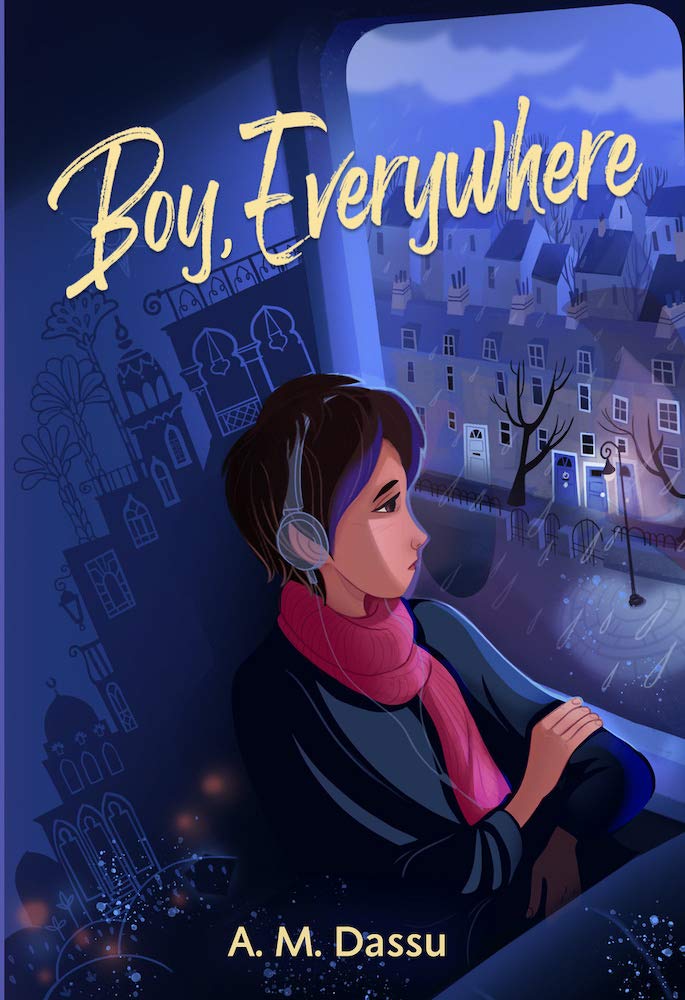 While Aleppo has been devastated by the Syrian civil war, life for Sami in Damascus has been largely untouched by the violence. That changes when a mall in the city center is blown up while his mother and little sister Sara are there, picking up Sami’s soccer shoes. Although neither are badly physically injured, Sara stops speaking, and Sami’s parents decide their family must flee Syria. After secret planning and an unpredictable journey, Sami’s family seeks asylum in England, staying at a refugee shelter before being released to a sponsor, his father’s friend Muhammad. Sami feels guilty about Sara’s silence; angry at Muhammad’s wife and son, who clearly resent their family’s presence in their home; and longing for his best friend, Joseph. He’s also worried about his grandma, who stayed in Damascus, and about Aadam, a teenage refugee they met before making the treacherous journey by boat to Greece. Sami’s coping mechanism for the guilt and unhappiness is to engage in magical thinking about returning to Damascus on his own. A novel about one Syrian Muslim family’s refugee journey is steeped in intense feelings and vivid details. The story makes clear their path is smoother at times because Sami’s father is a doctor and the family has economic resources that help them escape, but it’s still a steep and uncertain arc they are traveling in a novel that ends with them poised at a point of promise. ©2022 Cooperative Children’s Book Center