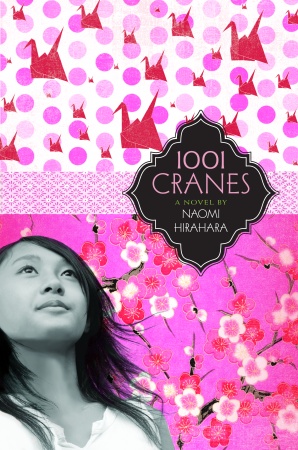 Twelve-year-old Angela Kato’s parents are splitting up and have sent her to Los Angeles to spend the summer with her grandparents. Scared and bewildered, Angela also resents having her life turned upside down. That resentment is heightened when she is put to work helping her grandparents, who run a flower shop, prepare a traditional Japanese display of 1001 origami cranes for a wedding. She’s not particularly adept at folding the cranes, but her grandmother insists she keep at it despite the demands for perfection from the difficult bride. Angela’s also not particularly close to her grandmother, who seems to have more kind words and feelings for a troubled young girl in the neighborhood than for Angela or almost anyone else, including the older neighbor next door with whom Angela is spending time (although not always willingly). Angela’s developing friendship with Tony, a boy she meets while skateboarding, heightens the tension when she is determined to see him regardless of her grandmother’s disapproval. Angela’s authentic voice, and her realistic behavior—and misbehavior—make for a fresh story about a girl just beginning to discover that human hearts of all ages are as complex and delicate as the folds of an origami crane. ©2008 Cooperative Children's Book Center