7 Days at the Hot Corner 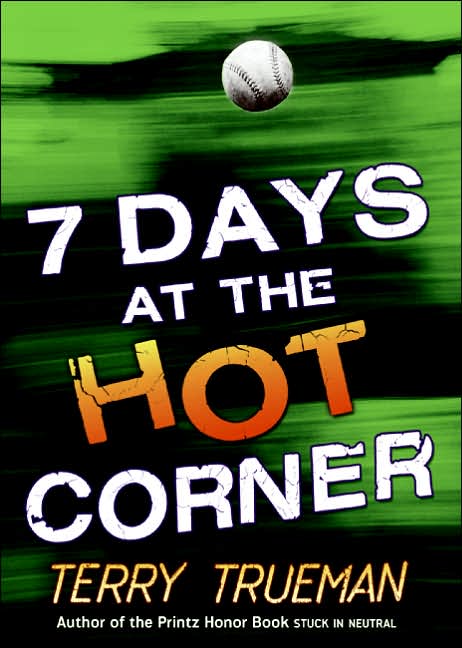 A surprising sports novel takes an in-depth look at homophobia from the point of view of a straight teenage boy. Scott, a high school senior, plays third base (the “hot corner”) for his unbeaten team. Scott lives and breathes baseball, and each chapter begins and ends with his own personal baseball philosophy. The story unfolds during the week leading up to the championship game. On Day 1, Scott is getting an HIV test. His best friend, Travis, recently came out to him, and all Scott can think about is a recent incident when Travis was hurt and Scott got his blood all over his hands. Travis is now living with Scott’s family because his own parents kicked him out, but the relationship between them in strained. Scott is not only terrified he might have AIDS, he’s worried that other kids at his school will find out that Travis is gay and think that he is, too. And he’s also angry—why did Travis keep it a secret from him for so long? Travis points out that Scott’s reaction—paranoia, ungrounded fear, distancing himself from their friendship—is precisely why he didn’t tell Scott before. Scott’s transformation, by week’s end, may seem to come unrealistically fast, but he has three wonderful adult role models who help to guide his thinking: each of his parents, who are divorced, and a teacher who addresses homophobia in his classroom by folding it into a discussion of the Holocaust. This accessible, easy-to-read novel deals with substantial issues while leaving room for readers to think, discuss, and draw their own conclusions © Cooperative Children's Book Center