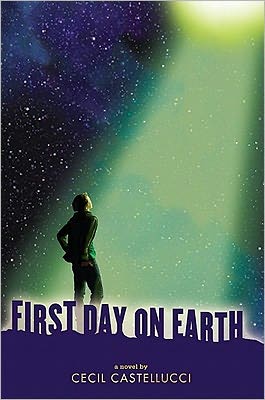 Mal is a teenage loner—the kind of kid, he notes, who others probably think is on the verge of doing something violent. In truth, Mal rescues stray animals and quietly watches over a few stray kids at school, too, as well as his alcoholic mother at home. Mal is also harboring a secret: He was abducted by aliens from space when he was twelve—not long after his dad abandoned their family. Mal knows people will think he’s crazy so he’s told no one. Then Mal meets Hooper at a support group for alien abductees—the first place Mal finally tells his story. Hooper is another stray, but he’s also someone Mal believes might truly understand what happened to him. Yet when Hooper tells Mal his own story—who he is, and where he’s from—Mal struggles to believe him, an irony that isn’t lost on him. Readers, too, are never quite sure what to believe in Cecil Castellucci’s singular and surprising novel. A climactic road trip for Mal, Hooper, and two kids from Mal’s school offers up perhaps one too many cathartic revelations, but this doesn’t detract from the impact of this riveting, emotionally compelling read. Castellucci not only affirms the hope that is found in connection with others, she also shows much respect for both her characters and her readers by refusing to offer up a definitive, rational explanation for the alien experiences in the story. ©2011 Cooperative Children's Book Center