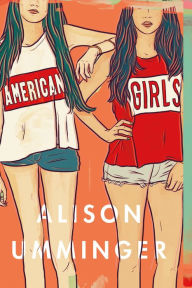 Anna, 15, ran away to her older sister Delia’s in Los Angeles using her stepmother’s credit card to buy a plane ticket, a cost Anna’s now expected to repay. Delia’s boyfriend, Dex, writes for a Disneyesque series called Chips Ahoy! Anna spends days with Dex while Delia goes to auditions and appears in her former boyfriend Roger’s independent movie. Meanwhile, Roger has hired Anna to research Charles Manson for his film. The inanity of Chips Ahoy! is stark contrast to the Manson murders, not to mention the uneasy life of beautiful Delia, whom Anna fears is being stalked. Anna can’t understand why the young women following Manson were willing to commit such atrocities. With one exception, most of them grew up in imperfect but not unloving families. How and why did they fall under Manson’s thrall? Anna’s own mother is incredibly self-centered; her sister supportive but worrisome and frustrating; her stepmother annoying yet stable. In a startling, original, complex debut novel, Anna’s voice is sharp, witty, and also honest. She is unrepentant about cyberbullying a girl back home, for example (it wasn’t even her idea, she notes), although she gradually comes to regret it. The brilliantly realized Los Angeles setting also works as a means to magnify the ways women and girls everywhere are too often objectified, invisible, exploited, and sometimes abused. It’s among the many things Anna ponders with increasing clarity that is poignant, and at times profound. “Los Angeles … is not really so different from the rest of America.” ©2016 Cooperative Children’s Book Center