The Milk of Birds 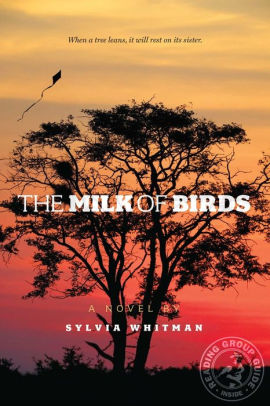 Nawra is a fourteen-year-old Muslim girl living in a refugee camp in the Darfur region of Sudan. Through a nonprofit called Save the Girls, she is paired with K.C., a Richmond, Virginia, teen, to exchange monthly letters. A novel that moves back and forth between the two girls chronicles their correspondence and their lives. In the camp, where living conditions are awful, Nawra cares for her silent and barely functional mother, who has been traumatized by what she and Nawra have gone through—events that are gradually revealed. Eventually Nawra tells K.C. that she’s pregnant—she was raped on their journey. Later she almost dies giving birth. K.C. is initially furious her mother signed her up for the correspondence program and doesn’t write Nawra for the first four months. She struggles in school with undiagnosed learning disabilities and faces constant pressure from her mom to try harder, while her dad seems uninterested. Sylvia Whitman’s novel is effective and compelling on multiple fronts. Both girls try to understand each other’s culture without judgment. But the truth is their experiences are vastly different. Once K.C. begins exchanging letters with Nawra in earnest, a genuine friendship develops, and she goes from reluctant correspondent to a teenager deeply moved. The pain of Nawra’s story is intense, but her voice is engaging and vivid, and the back-and-forth of the narrative provides respite from the horrors she sometimes describes. ©2014 Cooperative Children's Book Center