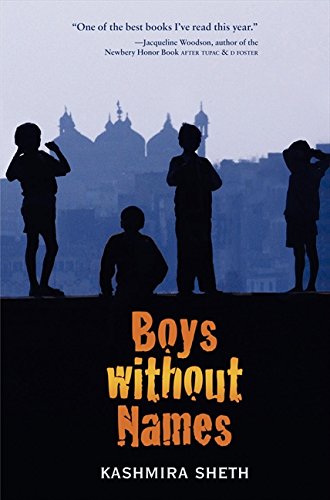 Eleven-year-old Gopal lives with his family in rural India. After a bumper onion crop drives down the prices and leaves the family with little money and mounting debts, they flee to Mumbai in search of a better life. Gopal's father gets separated from the family, and Gopal himself is kidnapped and sold into child slavery. He's locked in a stifling attic room with several other boys where they are forced to glue tiny beads into intricate patterns on wooden picture frames that will ultimately be exported and sold abroad. A cruel master Gopal nicknames Scar keeps the boys overworked and underfed, and discourages them from forming any bonds, or even telling each other their names. Even so, Gopal slowly manages to gain the boys' confidence by telling them stories at night before they fall to sleep, and gradually each boy begins to reveal his own story. Throughout the ordeal, Gopal looks for an opportunity to escape but as his bonds to the other boys become stronger, the idea of leaving them behind becomes impossible. With perfectly paced, distinctive writing, Kashimira Sheth provides a fascinating look into contemporary child slavery, endemic throughout the world. By setting the story in a specific place, she succeeds in personalizing it and in enriching the story with cultural detail. Readers are transported to a different place, and will get an insider's view of Gopal's life. ©2010 Cooperative Children’s Book Center