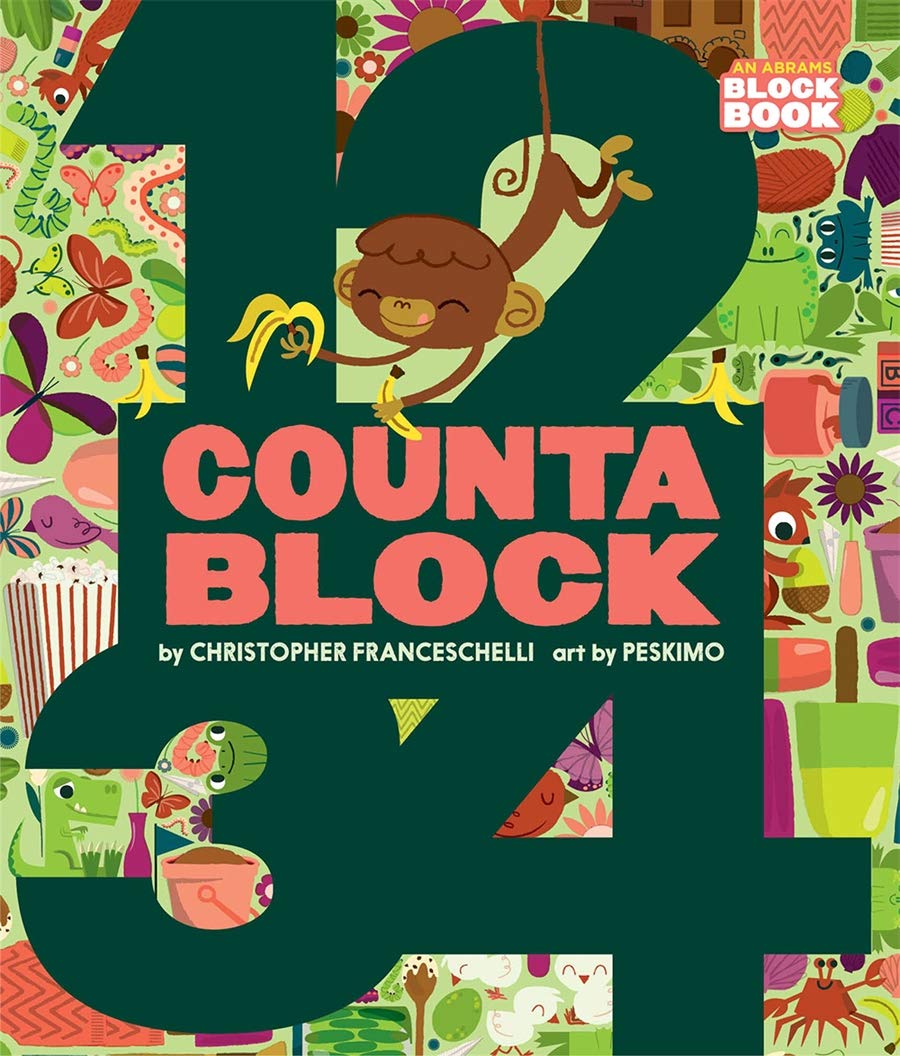 A big, bold board book (ninety pages!) is big on substance too, playfully reinforcing the concept of counting the numbers that come between multiples of ten. The opening pages highlight counting from one to ten (“two snowmen become two puddles … six balls of yarn become six sweaters …”). “What comes after ten?” A single spread counts from 11 to 19 and then “twenty caterpillars become ... twenty butterflies!” The same pattern repeats all the way up to 100, with a page spread between each multiple of ten labeling the nine numbers that come between. The clever design features cut-outs of the multiples of ten, with items to be counted on the pages in between relating to the prior illustration (e.g., butterflies 21 through 29 before “thirty baskets of cucumbers ... become thirty jars of pickles!” and so on). ©2014 Cooperative Children's Book Center