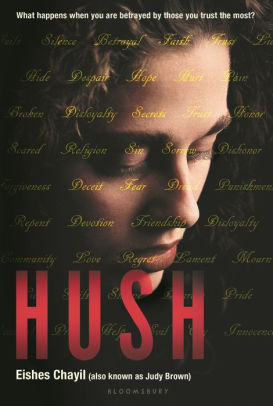 A haunting novel set in New York’s contemporary Chassidic Jewish community moves back and forth between present and recent past. At nine, Gittel sees her best friend Devory raped by the girl’s teenage brother. Gittel doesn’t understand what she witnesses, only that it frightens her. By the time she is almost eighteen, Gittel has blocked out everything that happened, including the trauma of Devory’s death by suicide months later. When she turns eighteen, Gittel marries. In learning about sex for the first time she finally realizes what happened to Devory years before. Devastated by grief, guilt, and anger, Gittel is determined to break the shattering silence about Devory. But the insular Chassidic community is ruled by powerful rabbis who don’t want scrutiny from police or others in the outside world. There are wonderful people within and beyond the Chassidic community who support Gittel, including her parents, who knew the truth from the beginning and stumbled through their own grief and fear—speaking out would have meant being ostracized. Gittel’s response to the abuse she witnessed as a child forms the taut center of this searing story, but the narrative is richly woven with appreciative details about Chassidic life, including several funny, endearing riffs on Chassidic culture from teenage Gittel’s perspective. At the same time, it’s a novel that powerfully condemns the actions of any community that enables silence, suffering, and abuse to continue. Chayil, who wrote under a pseudonym, concludes the novel with an affecting afterword discussing the experiences that informed her writing of Hush.  ©2010 Cooperative Children's Book Center