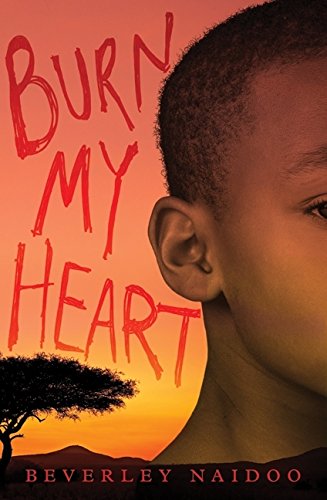 Against the backdrop of unrest that becomes increasingly violent, two children—one Black, one white—find they can no longer ignore the divide of race and privilege. Mugo, who is Kikuyu, and Mathew, whose ancestry is British, have grown up together in the Kenyan highlands. Mugo’s father works for Mathew’s, but that has never stopped the children from being friends. As colonial rule comes under increasing challenge by black Africans and the Mau Mau rebellion heats up, however, things change. Mugo’s father is wrongly accused of starting a fire, and the entire family is imprisoned. Meanwhile, Mathew, who accidentally started the fire with his friend Lance—a boy whose rabid racism clearly began as a parroting of his father—remains silent. By the time Mathew speaks up, too much has been lost in Beverley Naidoo’s searing novel set in Kenya in the early 1950s. Naidoo makes tense and complex times accessible and personal through the lives of her vivid characters in this story that moves back and forth between the two boys’ perspectives. ©2009 Cooperative Children's Book Center