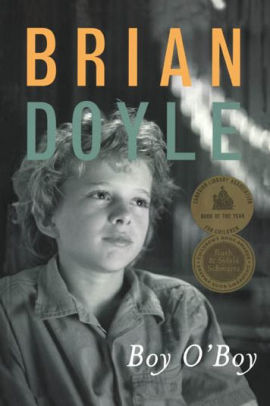 Martin O’Boy (known as Boy O’Boy) lives in Ottawa in 1945. In an authentic and likeable first-person voice, Martin describes the gritty details of his neighborhood and family life, which are both painful and funny. The war has cast a dark shadow over his already dingy neighborhood, and Boy is the victim of humiliation and physical and mental abuse. He has a severely developmentally disabled twin brother who exhausts him, and parents who fight all the time. In spite of this, Boy is a mostly cheerful 12-year-old who is buoyed by movies, his cat, the image of strong soldiers, and his friends. He also sings with the local boys’ choir. At first this is a great honor and provides him much-needed pocket money and a sense of community at a time in his life when little else is stable. But the organist, Mr. George, slowly changes from a kind, fatherly man to vicious sexual predator, molesting first Martin, and then Martin’s best friend, Billy, in scenes that are uncomfortable but accessible to older children and teens. Both boys are ultimately able to help put an end to the abuse in a story that showcases Brian Doyle’s extraordinary ability to balance high humor with realistic, riveting drama. ©2004 Cooperative Children's Book Center