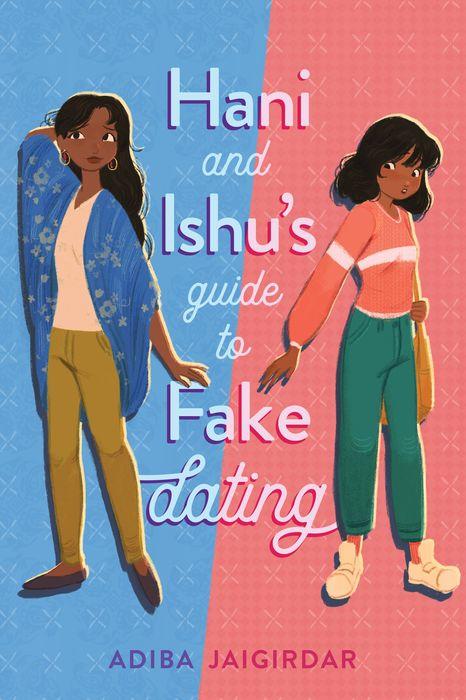 Humaira (Hani) Khan (Bangladeshi) and Ishita (Ishu) Dey (Indian), both Bengali, are the only South Asians in their year at their Irish secondary school, and that’s about the only thing they have in common. Although they know each other through their families, they’ve resisted being lumped together by having as little to do with each other as possible. Ishu is very studious and works hard to please her parents. Hani, a devout Muslim, is popular and has always fit in with her white friends. She is out as bisexual, but her friends have decided she must not really be bi if she’s only ever dated boys. In a fit of anger, Hani blurts out that, as a matter of fact, she is dating Ishu. To cover the lie, Hani calls Ishu and proposes that they “fake date,” and Ishu readily agrees because she thinks being with Hani will bring her instant popularity, the one thing she really needs to be named head girl. While pretending to date, the two girls realize that they have a lot in common. They gradually develop crushes on each other, which eventually blossom into love. There is a lot of discussion between the girls and their families about politics, culture, religion, and queerness, all in natural-sounding dialogue that’s often witty and never veers into the didactic. ©2022 Cooperative Children’s Book Center