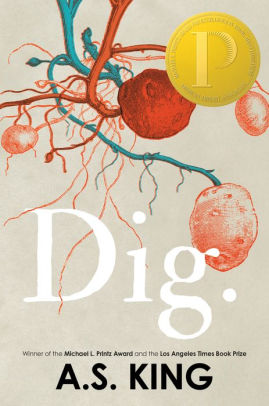 In this taut, mesmerizing work, the Shoveler’s mom is adept at survival but has never told him anything about his dad. CanIHelpYou? rebels against her wealthy family with a drive-thru job at Arby’s; she also runs a thriving business selling weed. CanIHelpYou?, whose best friend, Ian, is Black, is sure she’s nothing like her unapologetically racist mother. Loretta lives in a trailer with her mom and abusive father. She copes by seeing herself as Ringmaster of a flea circus. While staying with his emotionally distant grandparents, Malcolm worries about his terminally ill, single-parent dad, and thinks about Eleanor, a local girl he met in Jamaica. Marla and Gottfried are having their house painted and hosting their grandson, unaware of the ways their ideas, and actions in the past have shaped generations. Teenage Jake seems to idolize his older brother, Bill. Jake is terrified of Bill. The Freak flickers in and out of all their lives as connections among these characters gradually unfold into a shape of certainty. Grounded in the real world in spite of astonishing elements, the story fearlessly navigates difficult terrain as the mostly white teens confront painful truths about themselves, their families, and the larger world, from racism to misogyny and violence. Their honesty and resilience makes it more than bearable, it offers hope. ©2020 Cooperative Children’s Book Center