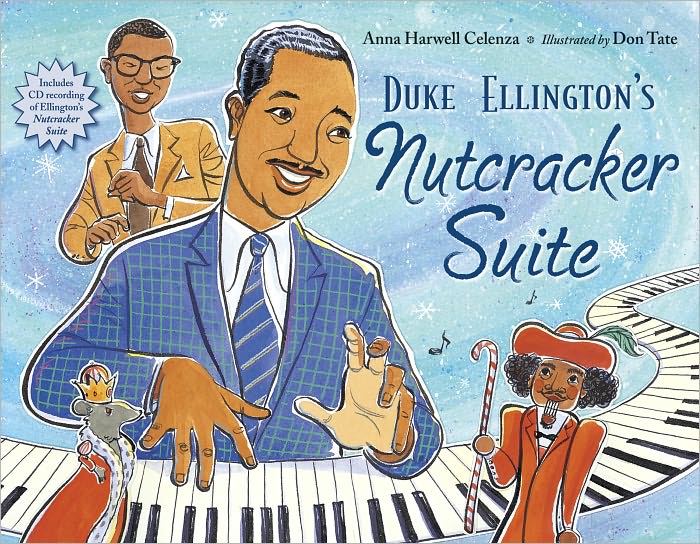 Composer Billy Strayhorn takes center stage alongside jazz legend Duke Ellington in this dynamic picture book account of the composition and recording of their re-imagined Nutcracker Suite. Strayhorn originated the concept and worked with ideas he and Duke generated together as he wrote. “ ‘... don’t forget our cats on bass and drums,’ said Duke. ‘They’ll keep the pulse of our Nutcracker jumpin’.” Once the music was composed, Duke and Strayhorn still had work to do convincing the musicians in Duke’s band that this new Nutcracker would jive. Movement by movement, they succeeded, creating music “beyond category” as the barriers between classical and jazz dissolved. Anna Harwell Celenza takes readers on a lively and fascinating musical journey in a picture book account set against Don Tate’s expressive illustrations that are filled with energy and movement. Harwell, a musicologist, provides an author’s note making clear that much of the actual dialogue in her account is made up, citing sources for the overall sensibility she sought to capture in this work that comes with a CD. © Cooperative Children's Book Cente