Position title: Past Director of the Cooperative Children’s Book Center 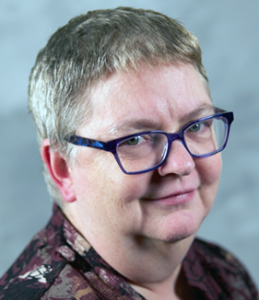 Kathleen T. Horning retired in July, 2020, after 20 years as director of the Cooperative Children’s Book Center of the School of Education at the University of Wisconsin–Madison. For nine years she was also a children’s librarian at Madison Public Library. She is the author of From Cover to Cover: Evaluating and Reviewing Children’s Books (revised edition: HarperCollins, 2010). With Ginny Moore Kruse, she coauthored Multicultural Literature for Children and Young Adults, 1980–1990, and with Ginny Moore Kruse and Megan Schliesman, Multicultural Literature for Children and Young Adults, 1991–1996. Kathleen is a past-president of the Association for Library Service to Children (ALSC) of the American Library Association (ALA), and a past president of the United States Board on Books for Young People (USBBY). She has chaired the Américas Award Committee, under the auspices of the Consortium of Latin American Studies Programs (CLASP), University of Wisconsin–Milwaukee; ALA/ALSC’s 1997 Mildred Batchelder Award Committee; and ALA/ALSC’s 1995 John Newbery Committee; and four Charlotte Zolotow Award Committees (administered by the CCBC). She also chaired USBBY’s Hans Christian Andersen Award Committee, which selected U.S. nominees for the international award in 1992. She is also a past ALA/ALSC Priority Group Consultant for Awards. Additionally, she has served as a member of many book award and evaluation committees, including the ALA Rainbow List, the NCTE Lee Bennett Hopkins Awards, the ALA/EMIERT Coretta Scott King Award, ALA/ALSC Notable Children’s Books , ALA/ALSC Newbery Committee and the ALA/ALSC Laura Ingalls Wilder Committee (now Children’s Literature Legacy Award). She most recently served on the 2019 and 2020 ALA/ALSC Notable Children’s Books Committee and chaired the 2017 Ezra Jack Keats Award Committee, on which she served for three years. Kathleen received the Scholastic Library Publishing Award from the American Library Association in 2009 for her outstanding leadership in the field of librarianship and children’s and young adult literature. She frequently lectures to librarians on issues in evaluating literature for children and young adults, and in 2010 delivered the May Hill Arbuthnot Honor Lecture for ALA/ALSC. She has a B.A. in Linguistics and a Master’s Degree in Library and Information Studies, both from the University of Wisconsin–Madison.