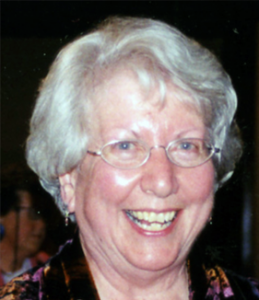 Ginny  Moore Kruse Director Emerita, served as director of the Cooperative Children’s Book Center between 1976 and 2002, when she retired. During those years she founded the CCBC Intellectual Freedom Information Services, later acknowledged by national awards, and now by a fund established in Ginny’s name at the UW Foundation. Since then Ginny has received “Emerita” status at UW-Madison. Between 2002 and 2004, Ginny chaired the U.S. Board on Books for Young People committee to select U.S. nominees for the international 2004 Hans Christian Andersen Awards and U.S. books for the 2004 IBBY Honour List, completed a two-year terms as chair of the 2003 Laura Ingalls Wilder Award Committee, chaired the committee to choose the 2003 Jane Addams Children’s Book Awards, and served as co-chair of the 2003-04 ALA/Children’s Book Council Jt. Committee. During 2004-05 Ginny’s projects include the Wisconsin Intellectual Freedom Leadership Network (Steering Committee), ALA Notable Children’s Books Committee, 2004 IBBY Congress (Cape Town, South Africa), ALA/CBC Jt. Committee, and Children’s Literature New England (Advisory Board). In 2011 Ginny was inducted into the Wisconsin Library Hall of Fame and in 2016 she was inducted as a fellow in the Wisconsin Academy of Science, Arts and Letters. (Ginny looked back on her tenure as CCBC Director in an interview at the time of her retirement.)