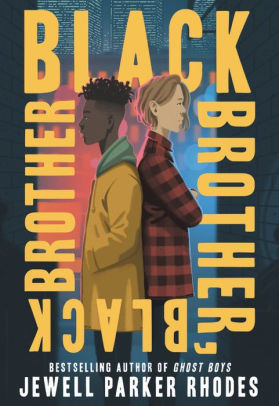 Donte and his brother have recently started at a new mostly white, wealthy school called Middlefield Prep. The middle class brothers are biracial (Black/white), but while Donte presents as Black, Trey presents as white, and Donte’s experiences at the school are very different from Trey’s. Donte feels alienated at Middlefield, where he often finds himself blamed for things he didn’t do and any frustration he expresses is clearly perceived as threat of violence; he’s also bullied by a blatantly racist kid named Alan (king of the fencing team), who taunts him by calling him “Black brother.” Donte wishes Trey would join the fencing team and beat Alan at his own game. Trey urges Donte to learn to fence instead, and with the help of Black, ex-Olympic fencer Arden Jones, who works at the nearby Boys and Girls Club, Donte does. This hard-to-put-down story follows Donte through fencing training and competitions that inevitably lead to a satisfying showdown with Alan and Middlefield prep. Along the way, it illuminates racism in the sport of fencing, in the justice system (where class issues also come into play), and in schools, with Donte’s experience at Middlefield Prep echoing the way assumptions about and perceptions of Black students in schools feed the school-to-prison pipeline. ©2021 Cooperative Children’s Book Center