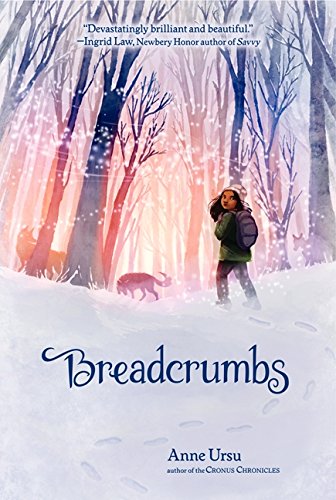 A novel inspired in part by The Snow Queen inhabits two wintry worlds: one realistic, the other enchanted. Being brown-skinned and adopted wouldn’t be such a problem for Hazel if it didn’t underscore the bigger way she’s different: her personality and interests aren’t in synch with most other kids. The bright spot since she had to change schools following her dad’s departure has been her continuing friendship with Jack, who manages to be loyal to Hazel—the two share a vivid imagination and love of adventure—while maintaining other friendships. Still, a potential new friendship for Hazel leaves her feeling guilty about Jack, whose life is shadowed by his seriously depressed mother. But Jack’s dismissive behavior after Hazel hits him with a snowball is so extraordinary that Hazel is sure there’s something seriously wrong. And she’s right: a small piece of glass embedded in the snowball cut Jack’s eye. It came from the Snow Queen’s mirror and it’s turning Jack’s heart to ice. He becomes an easy target when the Snow Queen lures him away, and Hazel enters the woods where Jack was last seen, crossing a veil into a dark, fairy-tale world to find him. Hazel encounters archetypal characters from the world of folklore as she seeks out the Snow Queen’s lair, but whom can she trust? There are surprises at every turn in Anne Ursu’s deft, immensely satisfying blend of contemporary realistic fiction and fantasy that affirms the powerful bond of friendship.  ©2011 Cooperative Children's Book Center