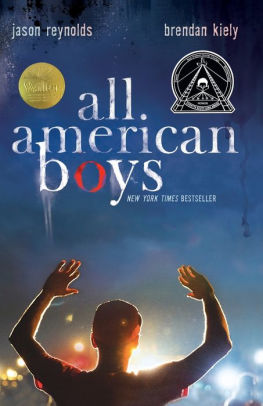 Authors Jason Reynolds and Brendan Kiely put the issues of police bias and violence against Blacks and white privilege front and center in this novel that alternates between the voices of high school students Rashad Butler and Quinn Collins. African American Rashad is brutalized by a white police officer who makes a snap judgment of a scene and assumes Rashad was harassing a white woman and stealing at a neighborhood store where he’d gone to buy potato chips. Quinn, who is white, shows up as handcuffed Rashad is being pummeled by the cop on the sidewalk outside. The officer is his best friend’s older brother, a man who has been like a father to Quinn since his own dad died in Afghanistan. In the aftermath of the beating, hospitalized Rashad deals with pain and fear, and his family with fear and anger and tension, especially between Rashad’s older brother, Spoony, and their ex-cop dad. As the story goes viral, Quinn is feeling pressure to support Paul but can’t stop thinking that what Paul did to Rashad is wrong. He begins to realize that saying nothing—he slipped away from the scene before he was noticed—is also wrong. Silence, he realizes, is part of the privilege of being white, and it’s part of the problem of racism, something too few are willing to acknowledge, including school administrators and some teachers in the aftermath. Rashad and Quinn and their classmates are singular, vivid characters—kids you feel you might meet in the halls of just about any school in a novel that is both nuanced and bold as it explores harsh realities and emotional complexities surrounding race in America. ©2015 Cooperative Children’s Book Center