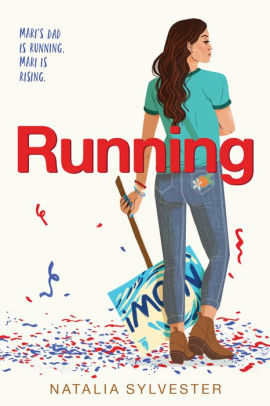 Cuban American Mariana Ruiz’s father is a Florida senator who is running for president. Mari hates being forced into the spotlight and, as the campaign progresses, grows increasingly uncomfortable with the lack of privacy. And the father she knows —who cares about the environment, and who shows himself to her when they’re spending time one-on-one (not that he has time anymore) —seems to be totally different from Senator Ruiz the candidate. Mari’s gradual, initially reluctant involvement in an activism club at school gives her further insight into her dad’s voting history: It turns out he supported a bill that allows developers to dump sewage into Florida’s main aquifer. With their community under a boil-water order, it’s more than a little disillusioning to learn her father’s biggest donor pushed for the bill. The question of whether Mari will join the activism club’s planned walkout in protest has both personal and political implications—her participation will definitely attract media attention, and also further anger her dad, already upset when she bailed on a national TV show appearance. And Mari isn’t sure what her mom wants anymore. This novel’s extraordinary premise is made wholly believable because of the complexity, credibility, and nuance of its characters, especially Mari and her parents but also many others, from campaign staff to Mari’s family housekeeper and her partner, to various teen activists. ©2021 Cooperative Children’s Book Center